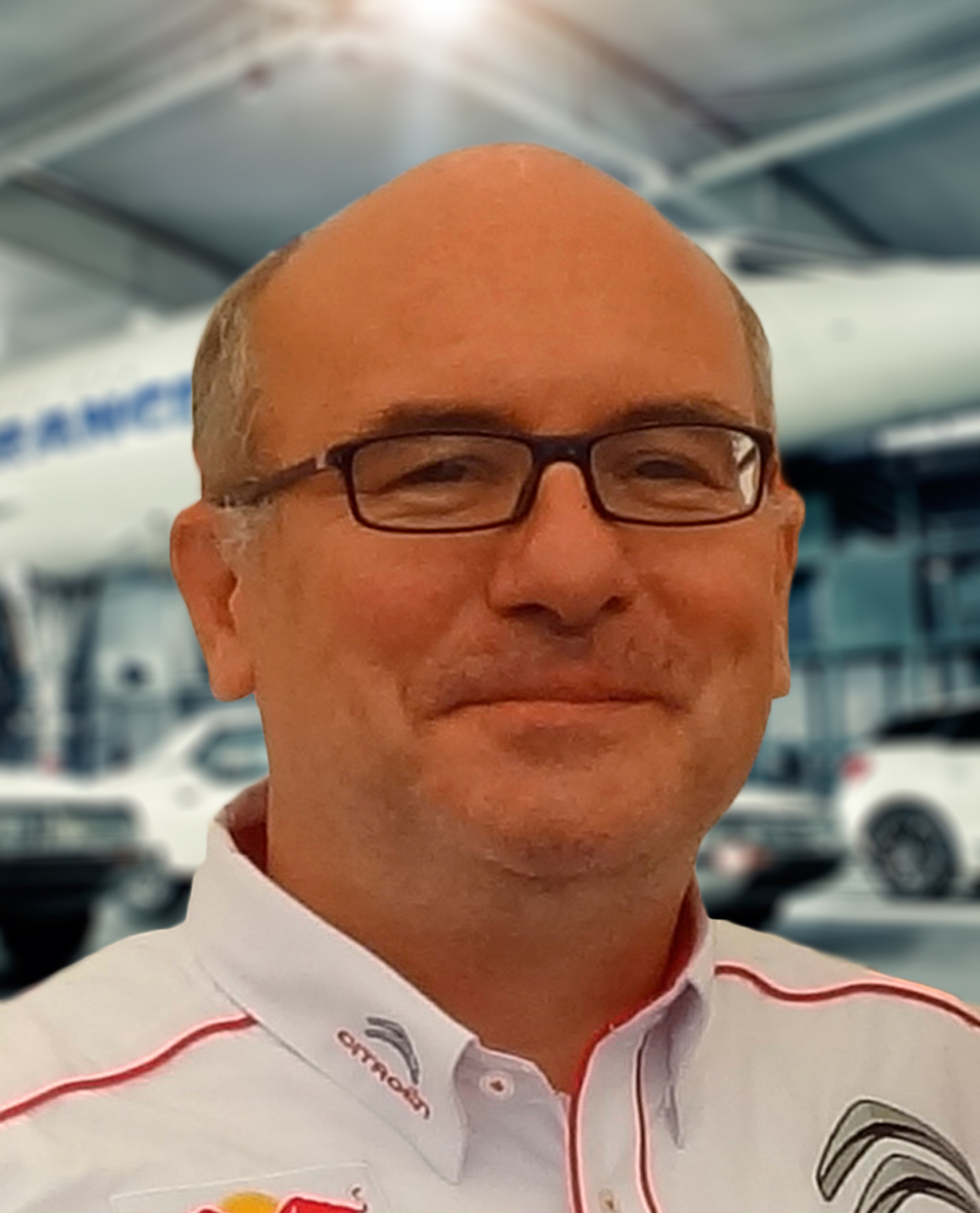 Stephan Joest is active since 1990 as a representative of the German clubs at the Amicale Citroën Internationale (ACI), long time before it was formally established as a legal association in 2004, and according to the French Law of 1901. He is co-founder of the formal association ACI in 2004 and since then was an ACI Board member and responsible for international Marketing and Communications, as well as ACI Webmaster.

He has inter alia been responsible for the development of the ACI logo and visual presence / “corporate identity” of the ACI brand. After completing his Board work in 2011 he was appointed an Honorary Member at the AGM 2011, then focusing on national activities only. He returned to the international ACI in August 2014, was elected as President and now is heading a team of ACI Board members from 6 nations.

In Germany he is also co-founder of the “Amicale Citroën Deutschland” in 2004, which in 2014 was evolved into “Amicale Citroën & DS Deutschland“. Since 1988 he has been active in the “Citroën-Strasse”, the association of the exhibiting Citroën clubs. He has been their project manager since 2007, and thus been responsible for the coordination of all German Citroën clubs at exhibitions like the Technoclassica, Francemobile and Citrorama. He has as well been organizer of the exhibition “La Ligne en Z – 50 years of Citroen Ami 1961-2011” in Essen and at the Technik-Museum Speyer in 2011. From 1995-2010 he served as webmaster and founder of the André Citroën Club (ACC) website for Germany’s largest Citroën enthusiast portal. Also he has been heading the team organizing the 60th anniversary of the Citroën DS in Düsseldorf, the national German “ACI Event Of The Year” in 2015.

Since December 2014, Stephan has been appointed as Advisory Council to the Board of DEUVET (German Federation of Classic Vehicle Clubs) and later on towards FIVA on Electronic Components. The activities of the advisory board function shall safeguard the motor vehicle’s technical heritage with particular focus on the “digital generation of vehicles,” which has gained increasing complexity since the introduction of engine control units – now there are dozens of electronic components (ECU’s) with several gigabytes of embedded software deployed in current vehicles. These components are – manufacturer-independent – subject to a physical aging process. Besides the problem of securing the driving operations it is necessary today to create a buy-in from industry and manufacturers, associations, clubs and their members to support appropriate measures to preserve this heritage.

Furthermore he is active in the German parliament body working on the preservation of the automotive heritage (“Parlamentskreis Automobiles Kulturgut“), and member of the non-profit association fostering the establishment of the Automotive culture as “Intangible Cultural Heritage” towards UNESCO, “Initiative Automobile Kultur e.V.”.

Next to his private passion, the business information can be found at:
https://de.linkedin.com/in/sjoest