Dear fans and friends of Citroën and DS vehicles,

we warmly welcome you to the “ACI Event Of The Year 2016” which has been elected by the ACI Delegates representing all clubs worldwide. The community is strong: 37 countries, 1.000+ clubs and more than 67.000 club members define the biggest French vehicle club network worldwide – thanks to all of you!

The ACI is a fruit of the Citroën World Meetings. The first was held in Porec (former Yugoslavia) in April/May 1973, the second in Vienna (1974). The next World Meeting, the first named “ICCCR” (International Citroën Car Clubs Rally), was selected 1974 to be in UK (1976). In 1978 the first ICCCR (No.4) was held in France. In 1990 the ACI was founded, at that time headed by David Conway, and 2004 transferred to a formal non-profit organization according to the Law of 1901 (France). Two Delegates represent each country.

Today, the ACI actively shapes our future. Some examples: We are represented in an accredited task force to define the term “Youngtimer” (also known as “modern classics”: vehicles between 20-30 years old). This vehicle generation is primarily challenged by expertise in maintaining and providing digital components. We see this as an area where club expertise can make a substantial difference, since support by the manufacturer is decreasing or gone.

A local cooperation between ACI, clubs and subsidiary can eg. help preserve diagnose testers, electronic components (ECU / TCU etc.) and their documentation, special tools etc. before it is lost. This also helps to jointly create a future for new generations of Citroën enthusiasts – a long-term benefit for both clubs, dealers and the manufacturer.

In parallel, we are creating awareness across OEM’s (vehicle manufacturers) and their suppliers, at FIVA, the European Parliament Historic Vehicle Group and other organizations for aging of digital components in vehicles and its impact on operation of vehicles on tomorrow’s roads. We also promote concepts in which clubs can play an active and substantial role to preserve the automotive heritage.

Furthermore, the ACI is active in fostering the establishment of the “Automobile as Intangible Cultural Heritage (ICH)”. A formal application has been handed in towards UNESCO in 2015, hoping for an approval towards 2018. In the long run, we see eg. more support for museums and collections, and also establishment of new professions and industry engagements beneficial for our cars.

In addition, long-term national and international relationships between ACI, Automobiles Citroën, DS Automobiles and nowadays also the new heritage organization “L’Aventure Peugeot Citroën DS” set the foundation for a fruitful cooperation. A first contract between the parties was signed 2004, resulting in proven success stories over the years.

With “L’Aventure”, the ACI today aggregates via its Delegates worldwide the demand for spare part reproduction, complementing the existing spare part availability in those niches where eg. low-volume production can benefit clubs and owners. Please contact your national ACI Delegate for more details! 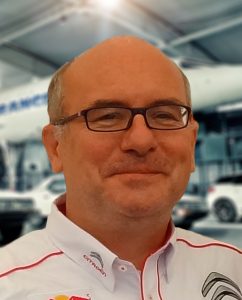 We wish you all the best, please drive carefully, stay healthy and safe, and enjoy a great time!

On behalf of the ACI Board