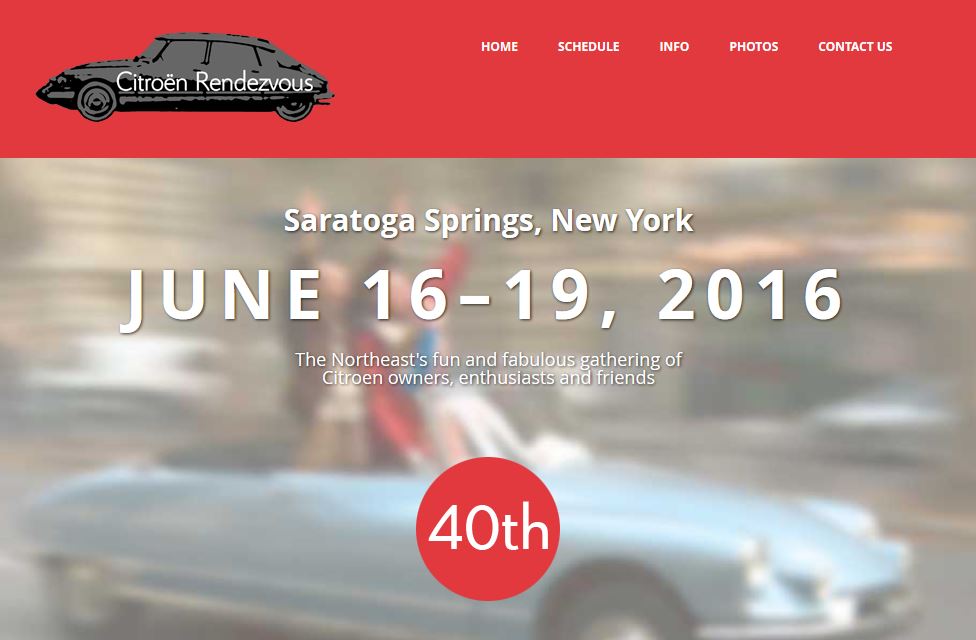 During our AGM, you have jointly voted to have ACI visibility also beyond our “standard” reach.

On behalf of our organization, Philippe Lasson, our French ACI Delegate, has opted in to represent the ACI at the biggest Northern America’s event in Saratoga a few days ago.
Please find his exciting report as an attachment to this newsletter.

We’d like to explicitly thank Philippe for his great engagement!

Also, let us forward an additional comment we received from one of the participants, providing us some insights:

“…It was great meeting you and I look forward to talking with you in the future. I am sure the work you are doing for the ACI is super important and if there is anything we can do to help please let us know. We are definitely one of the few Citroen repair and restoration shops in the USA. I think there may only be 3 or 4 shops that actually make there complete living working on Citroens here. There may be another 3 to 5 that work on all kinds of cars plus Citroen and that’s in the complete USA. In Canada there are only maybe 2 or 3 shops working on Citroens exclusively so we are all pretty far apart… Dave Burnham Citroën, Delanson (NY), www.daveburnhamcitroen.com  ”

Below please find the report from Philippe – enjoy the read! 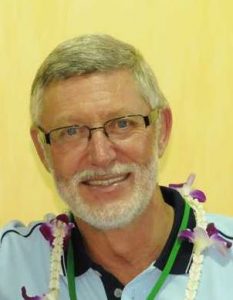 The very 1st Citroen Rendez Vous occurred at Cummington Farms, MA, 40 years ago. It was organized by 3 people : Robert Buchanan ( Citroën Autoclub of Canada), Al Smollen and Lance Hellman whom I talked to many times this last weekend. With CITROEN having recently exited the North American market, devoted owners were looking for a way to keep their cars on the road.

Their cars were dedicated to a daily use at that time. After several years, Michael Cox imagined the Citroen Quarterly newsletter  as a way to keep owners connected together all the year and to share maintenance tips & tricks.

During this time, many of the cars evolved from daily drivers to weekend cruisers. Around the early 90’s, the multi-colors, rusty DS’s were replaced by near showroom quality Citroens  of nearly all models. Importing began in the mid to late 80’s. CX Automotive began importing CX’s, Escargot Motors in Toronto and David Allen in Georgia imported 2CV’s.

In the same time, other business grew to help owners to keep theirs cars on the road, like former dealer Red Dellinger and wizards like Rod Burwell…Specialists like Dave Burnham and David Hume focused on frame off restorations.

In 2002, Michael and Cherise Cox capped off their 25 year run by hosting the 12th ICCCR in Amherst MA. This was the only time the ICCCR has been held outside Europe.

In 2003, the Citroen Rendezvous moved to Saratoga Springs, a city with a multitude of amenities ( motels, restaurants, shops, …).

Since 2016, a new group of drivers ( “Drive She Said” ) keeps this amazing rendezvous going on over every Father’s Day weekend.

This event was well attended : 180 cars from Northern America  and Canada. Several cars from California, some from Florida, a long trip for most of the participants.

320 persons were present at the Saturday’s dinner, like a reunion of long lost family members. Essentially American participants. 80 enthusiasts coming from Canada, including 30 coming from Quebec.

I met European Citroen lovers too, some coming from France, Switzerland and Netherlands, some living in USA or CANADA.

Arrived at Saratoga during the night Wednesday/Thursday, I had time enough to meet a lot of participants. My target was to establish as many contacts as possible before my speech of Saturday evening.

I set the ACI’s banner on the balcony of my Motel, opposite to the central meeting Motel. Very visible.

A- An official delegate coming especially to Saratoga has been felt very positively. As a symbol. The ACI was giving a deep sign of recognition ( ACI is totally associated to Citroen Heritage, a very strong link for the participants).

B- The basic owners do not know the ACI . The informations I gave were positively welcomed but some points did  not seem interesting to the North American Citroen enthusiasts.

C- The deep passion for Citroen is absolutely gorgeous. I could feel it physically. All those persons are like resistance fighters and deeply involved in their preservation of the brand spirit. They love Citroen but not only. Also the French way of life ( or what they suppose it is ), French food and wines, French musics. Two accordion players did not stop playing “La vie en Rose” and other French songs of the 50/60’s.

I had a lot of informal contacts with a maximum of enthusiasts, about their car(s) and             passion. Deeply interesting to learn about the local issues.

Thursday evening was the 1st gathering at the Springs Motel ( about 150 persons ). I met Michaella Hellman and her “historic” father, Lance, one of the creators of the Rendezvous. A good moment to share during which Stephan Joest, Laurent Moret de Rocheprise and all the officers were named and present. As already said, the official presence of an ACI’s delegate was    strongly appreciated.

Saturday dinner : official speech. The participants listened carefully, clapped several times ( the “founders fathers”, the 12th ICCCR in USA and… the congratulations from the ACI for such perseverance and involvement ). I presented the ACI precisely with the document Stephan and Laurent sent me. Several conclusions must be drawn, linked to the local points of interest.

E- The persons I met officially.

Michaella Hellman and Dave Cossit-Levy. They organize this Rendezvous, are OK to carry on and to keep in touch with the ACI. Michaella is Lance Hellman’s daughter, one of the “founders fathers” of the Rendezvous. She attended all the events since she is 3. Three years ago, she spent a lot of USD to get restored her father’s DS convertible of 63. Lance bought in 500 USD in 1980 and kept it carefully during this time. The result is a brand new cabrio working perfectly. You may not like the plastic hood, it’s their choice.

George Dyke, creator of CITROENVIE, the Citroen Club of America. He sent me this message yesterday ” It was a pleasure to meet you at Rendezvous in Saratoga Springs, NY and discuss the history and configurations of US spec SMs.  I just wanted to reach out and say thank you for attending.  I hope that we can form closer ties with ACI and PSA to help support us in Canada and the USA.”

He will be precious for the ACI in the future I think.

John Mc Culloch, former chairman of ACI. He spoke me about his feeling of “eurofocus” of the official structures linked to Citroen.

David Burnham, one of the wizards for Citroen’s enthusiasts. He built a splendid replica of “Cogolin’s 2CV” ( the 2 headed 2CV), restores DS’s, Traction’s, SM’s, CX’s. A resource for the American and Canadian owners.

Richard Boudrias, a french-speaking canadian from Montréal. Owns a gorgeous 15/6 H since 10 years, bought to the famous “Louis XV”, Louis Grenier, a Canadian French who owned 15 15/6 H, all parked in an aircraft building near Montréal. I visited this big shed  in 2007. Richard will be precious too for further ACI’s contacts in Canada.

Joseph Petry, american. Owns a beautiful HY from french firemen of Brittany. Decided to rebuild totally a steamboat of 1903. He came with the boat towed by the HY from south of New York. Can help us too for official contacts.

Amongst all the ACI’s targets or points I explained, some did not obviously interest the American and Canadian “citroennists”:

– “Youngtimer” definition : it  is not a north american problematic.

– Aging for Digital Components. No reaction of the audience ( ? ). Yet, it is already a problem nowadays.

– Automobile as Intangible Cultural Heritage ( UNESCO). No reaction of the audience.

– The new structure “Aventure Peugeot & Citroen/DS Heritage” is far from the local problematic too.

But, the very positive reactions were about the ACI’s proposal to get a refabrication of new old parts by CITROEN . A successful idea. It is the crucial point. The references are always Porsche and Mercédès-Benz who take care of their heritage and propose perfect spare parts…despite of the cost. I received a lot of complains about  spare parts of very bad quality.

The ACI promotes International Events ( Techno-Classica, ICCCR, 2CV’s International Meetings …) and is present at Key Events ( Saratoga Citroen Rendezvous for ex.) : I was informed that many participants would be at Arnheim in August, several decided to go during the Rendezvous. One explained me he was hesitating but after my visit, he decided to go. A proudness for the ACI.

I do not read in the cards but I saw a lot of white haired enthusiasts. Nevertheless, a lot of drivers are 40, 50 years old with their DS’s and 2CV’s. Like everywhere, these 2 models are symbolic.

It is important to notice that not many other Citroen models were recently imported ( BX’s, ZX’s, AX’s, Xantia’s and more modern types like C5 or C6).

So the preservation actions are focalised on DS’s, CX’s, SM’s and 2CV’s. For the 2CV’s, the spare parts are easy to find and this model will last …after us !

Can I write that my trip was efficient ?  If I remember all the  friendly contacts, I feel like saying “yes, it was”.

The ACI must be and can be present in such big events, for example by sponsoring the “rewards plates” of the “Concours d’Elégance”, by sending specific goodies, by delegating its president or one Officer.

For the moment, it is important to keep in touch with our North-American friends, they were deeply happy and really proud to have been “selected” .

I dare write it would be the same for other important international events somewhere else in the world.