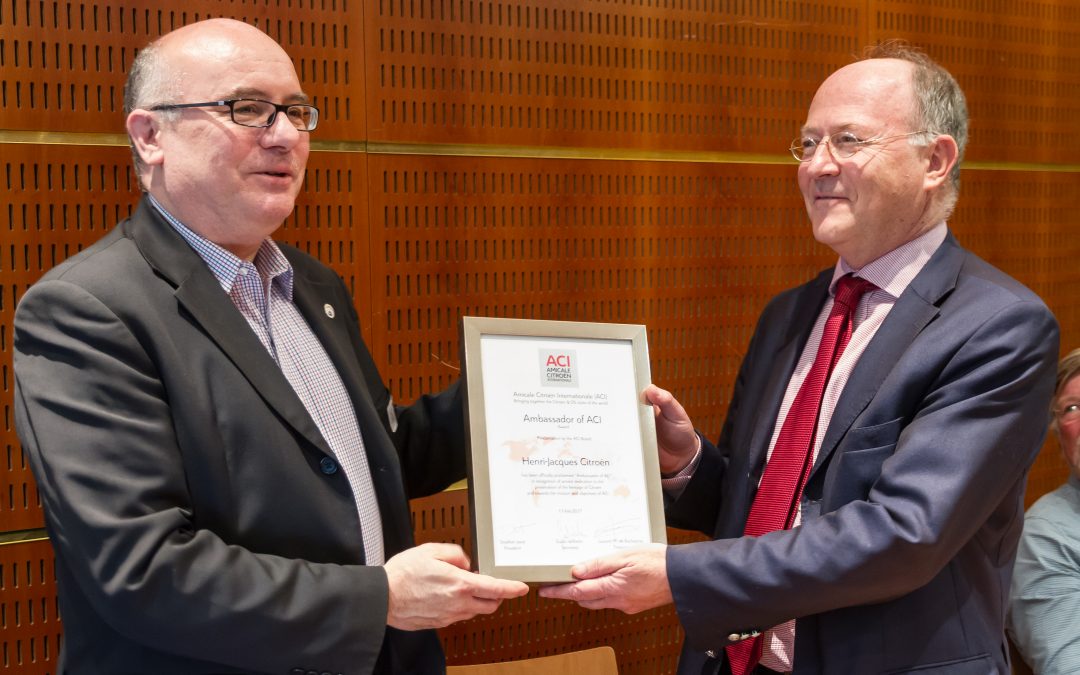 Henri-Jacques Citroën, one of the grandsons of the ingenious company founder André Citroën, has been appointed as the first ACI Ambassador by the Board of Amicale Citroën Internationale (ACI) during the ACI Annual General Meeting on 11-Feb-2017 in Paris.

In recognition of the service dedication to the preservation of the heritage of Citroën and towards the mission and objectives of the ACI, we are confident that M. Citroën will be of benefit to not only the ACI but also for the clubs, members and all others who love the vehicles and history of the famous company.

The nomination earned great applause from the dozens of international ACI Delegates present at the AGM. We jointly look forward to working with M. Citroën.

More information on the ACI webpage at www.amicale-citroen-internationale.org

Photos Copyright (C) Guido Wilhelm, ACI – click on the pics to download a higher-resolution version of the pic: 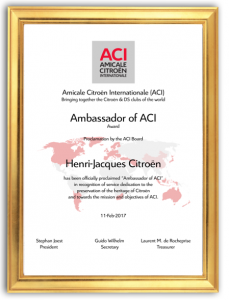 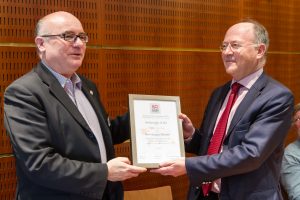 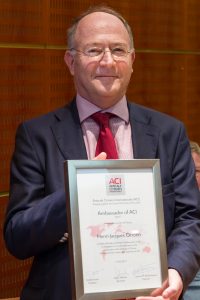