Exploring Paris With “4 Roues Sous 1 Parapluie” In A Citroën E-Mehari! 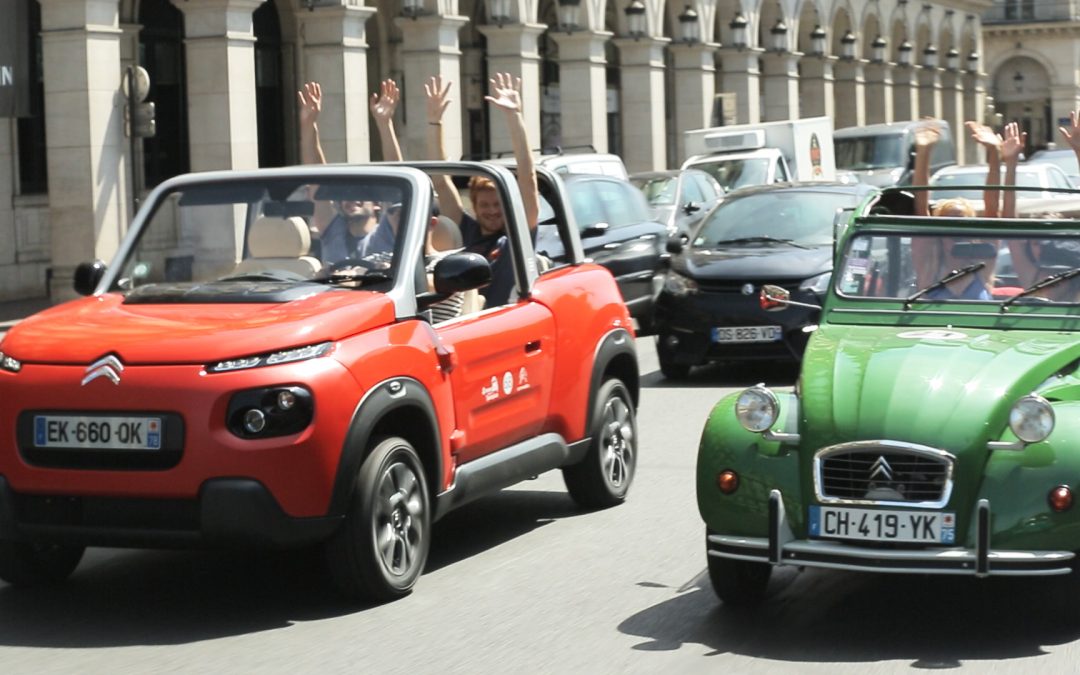 Lovers of Paris, tourists and fans of original adventures can now explore Paris on board Citroën E-MEHARI. Through the partnership between Citroën and 4 Roues sous 1 Parapluie, the Paris explorations hitherto offered aboard the legendary 2CV are now also possible in the electric four-seater cabriolet!

Exploring Paris in E-MEHARI is now possible thanks to a partnership between Citroën and 4 Roues sous 1 Parapluie. The 2CV used to be the tourism company’s only “carriage” for discovering Paris, but visitors can now do so in the E-MEHARI electric four-seater cabriolet. With its modern and fun styling, the free-spirited Citroën model will appeal to fans of the Brand and “it cars” looking for differentiation and optimism and attentive to trends and the environment!

Venice has its gondolas, Paris has its 2CVs, and now, its E-MEHARIs!

4 Roues sous 1 Parapluie proposes a range of tours, including classic Paris, little-known Paris and the Paris of André Citroën. As well as introducing E-MEHARI, it now offers an all-new visit kicking off on the world’s most beautiful avenue, the Champs-Elysées, from Citroën’s international showcase, C_42.
The new tour gives participants the chance to discover the venue, a meeting place between Brand and the general public, located at 42 Avenue des Champs-Elysées.

And why not Mont Saint-Michel?

In another new development resulting from the partnership, new destinations such as Mont Saint-Michel, the palaces of the Loire and the wine cellars of Champagne can now be explored on board the Citroën SpaceTourer. With eight seats, the van can accommodate more travellers (seven plus the driver) to comfortably explore these destinations, among the most visited in France.

Say hello to Luc and Stanley

Each vehicle joining the Fleet of 4 Roues sous 1 Parapluie is given a name and number. There is absolutely no question of forgoing this tradition, established with the creation of the company in 2003!

The first three cars to join the family have already been baptised:

* in a nod to the cinema, the E-MEHARIs are called Luc and Stanley. One of them sports “Big Blue” body paint, a reference to the Luc Besson film. The same idea applies to the “Clockwork Orange” colour of the second model, in a homage to Stanley Kubrick. Number-wise, the bonnets of the two cars are marked 19 and 68, in a reference to the launch year of the Méhari, 1968.

* On its journeys in France, the SpaceTourer will go under the name of Cubix and bear the number 8 – a simple way of remembering the number of seats inside the van! 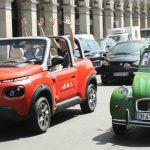 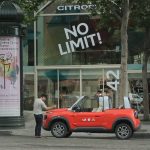 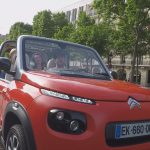 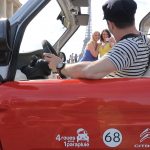 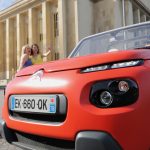 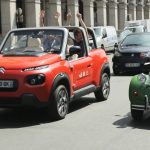 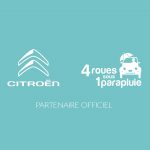