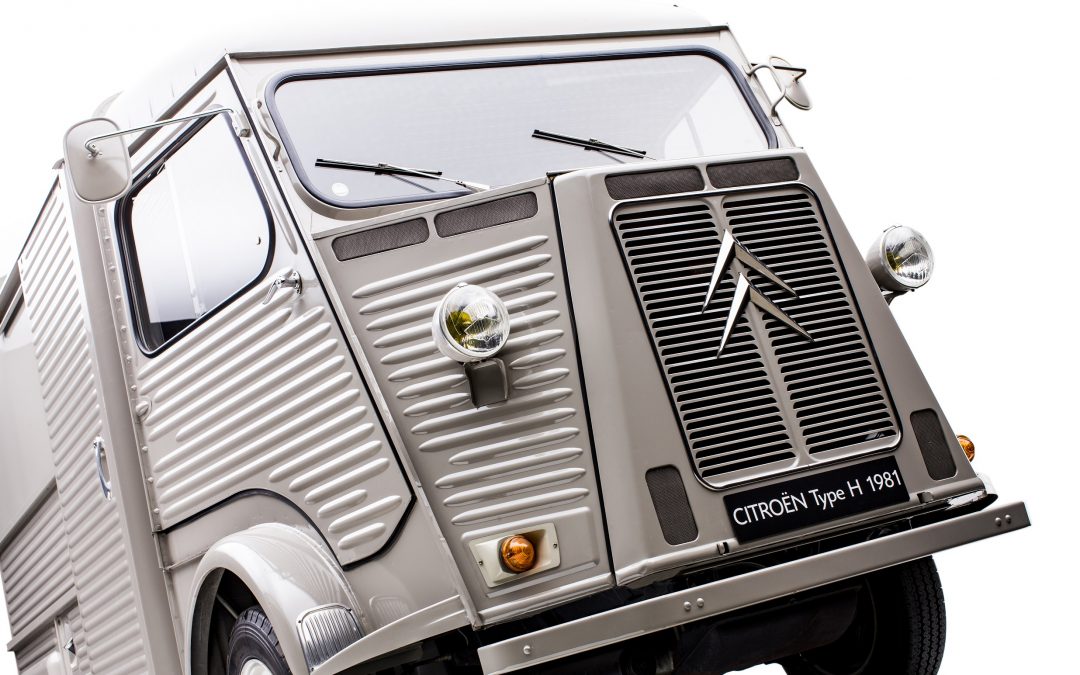 For this year’s Rétromobile show (8 to 12 February in Paris), Citroën chose to throw the spotlight on its commercial vehicles heritage. This unique historic exhibit comes 70 years after the first public appearance, in Paris, of the Type H van, which enjoys a lasting place in the popular imagination.

Seventy years after unveiling its Type H (the absolute French archetype of a van), Citroën opted to throw the spotlight on its commercial vehicles heritage at the 2017 Rétromobile show, open to the public at the Paris Porte de Versailles Exhibition Centre from Wednesday 8 to Sunday 12 February (press evening Tuesday 7 February, from 19:00).

Visitors to the Citroën stand in Hall 1 will enjoy a close view of ten fascinating Citroëns, including:

Also starring at Citroën’s Rétromobile stand in 2017 is the Scarabée d’Or (Golden Beetle), shown by courtesy of Conservatoire Citroën. This track-driven Citroën B2 model K1 was the first motor vehicle to cross the Sahara Desert, in 1922, a pioneering expedition that André Citroën ran to prove to the world just how reliable his vehicles were. This extraordinary adventure, commanded by George-Marie Haardt and Louis Audouin-Dubreuil, prefigured Citroën’s famous Black Cruise in 1924 and Yellow Cruise in 1931.

Today’s Scarabée d’Or, un défi pour la Jeunesse (Golden Beetle Youth Challenge) project, put together by the “Des Voitures & des Hommes” association in partnership with the Citroën Arts and Jobs Museum addresses students with the challenge of actually rebuilding the Scarabée d’Or. This ambitious project was launched in June 2016 and will be running through to 2019.

Throughout the Rétromobile show, visitors to the Citroën stand will be able to talk with people involved in the project (members of the Des Voitures & Des Hommes association and students from some of the colleges involved).

As in previous years, members of the collectors’ clubs showing the vehicles will also be there to chat with visitors about their exhibits. And there’s a shop selling a selection of derivative products.

In the meantime, you can check out some of the most emblematic vehicles in Citroën’s history on Citroën Origins: www.citroenorigins.fr