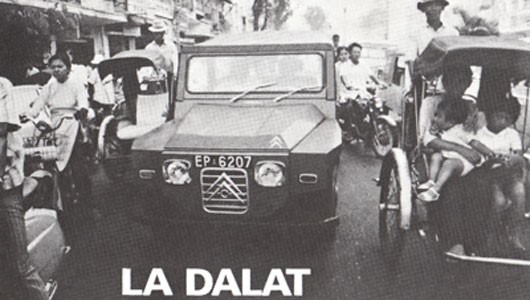 We warmly welcome the enthusiasts of Vietnam now joining our ACI global club network – the figures are stunning: 41 countries, 1.000+ clubs and 70.000+ club members are part of the biggest French vehicle enthusiast network worldwide!

Mr. Tran Van Tuan & Vincent Treluyer are the newly appointed ACI Delegates for Vietnam and represent the enthusiasts in their country from now on. We would like to also thank our ACI Ambassador, Henri-Jacques Citroën, grandson of the company founder André Citroën, who established the relationships!

Since to many of us the history of Citroën in Vietnam is rather unknown, we asked them to compile a summary for you – here is their story:

Citroën has been represented in Vietnam for almost 100 years. Citroën Traction Avant, 2CV and DS19/21 had been the most popular cars in the country from the early 20th century to the 1970s.
Citroën was the only car company that established its own office and factory in Vietnam before 1975. In 1936, Citroen established a subsidiary in Saigon at the corner of Nguyen Hue and Le Loi Streets where the Rex Hotel currently stands. 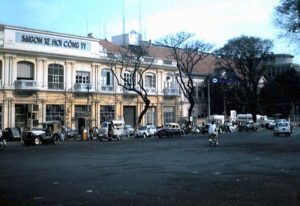 Known once as “the pearl of the orient”, Saigon was Indochina’s hub of modern industry and entertainment. This environment spawned the “La Dalat”, the first cars to be produced in Vietnam.

The La Dalat quickly became popular in Vietnam due to its price point and customizable features. While vital parts such as engines, steering wheels and brakes were imported, 3.880 La Dalat units were manufactured locally, up until the end of the war in 1975. 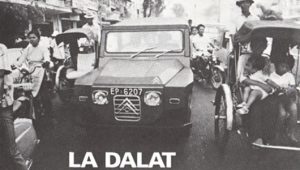 Nowadays, we estimate there are around 60 La Dalat left in running condition in Vietnam. However only 5 La Dalat are known to be fully restored in their original condition.

Citroën DS19 was first introduced into Vietnam very early after its debut in Paris in 1955. The first Citroën DS19 were seen in Saigon was in 1957. The car was used for the Colombo Plan Conference 1957. 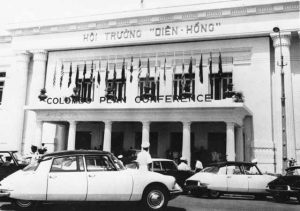 Thanks to the advanced technology and futuristic design, Citroën DS was widely loved in Vietnam. But due to high competition from American cars, Citroën sold only less than 100 DS units till 1975.

From 1975 to 1990, Vietnam faced severe economic crisis. Most of old cars were recycled due to the lack of gasoline. Citroën DS was no exception. Only a few were lucky to live in rich houses and survived through the period.

Until recently, from 2010, Citroen DS was resurrected by passionate fans. About 10 Citroen DS are known to be restored or being restored. The ID19 owned by Tran Van Tuan is the most and often used one. He even plans to drive this Goddess from Saigon to Paris in 2020 to attend the ICCCR 2020 in Poland. 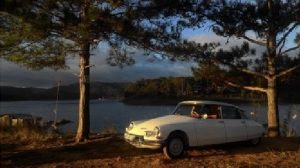 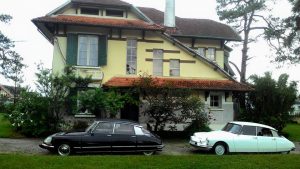 Citroen reintroduced its DS3 in Vietnam in 2011. However, the car failed to find customers and importation stopped a few years later. Neither Citroen nor DS brand is now imported in Vietnam today. Press articles mentioned PSA‘s project to resume Peugeot production in Vietnam in 2018…

Will Citroën come soon after?

Last month the club managed to gather a record high of 14 La Dalat during their annual gathering event.

Mr. Vincent Floreani, General Consul of France In Ho Chi Minh City and his spouse made us the friendship to join us.

The car show was followed by a live music show along Saigon river. Event pictures are available on the @ladalatsaigon Facebook page. 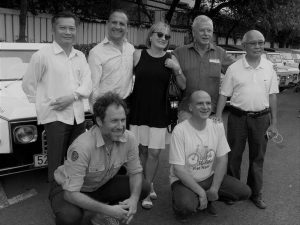 Coming up next, Saigon Classic Car Club New Year Gathering will be held this Sunday 21-Jan-2018. Many Citroen owners and lovers are expected to join. You are of course all cordially invited! 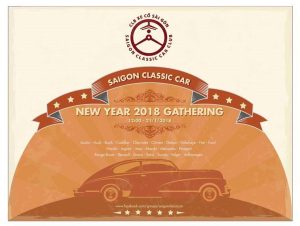 Mr. Tuan and Vincent Treluyer wish you all a wonderful year 2018!

You can reach them directly – please check our ACI Delegate Contacts page for more details.