20 Years of Conservatoire: Report from L’Aventure 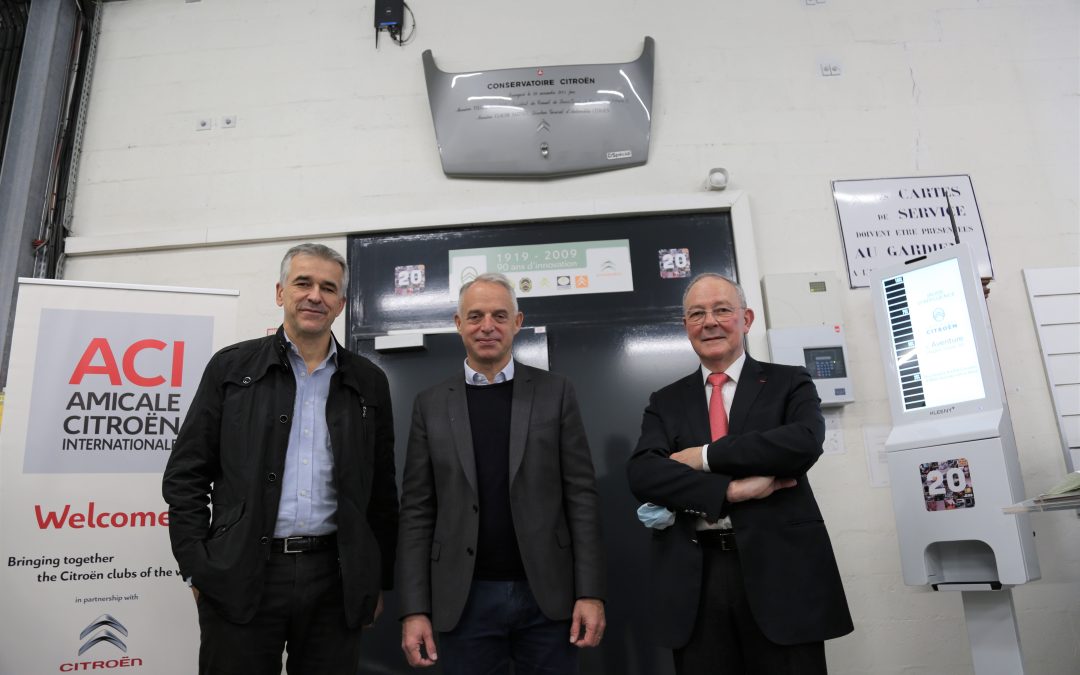 Our translation of the report from L’Aventure Peugeot Citroën DS on the 20th anniversary of the Conservatoire:

On November 28, 2021, exactly 20 years after its inauguration by Mr. Pierre Peugeot, Chairman of the Supervisory Board of PSA Peugeot Citroën, and Mr. Claude Satinet, CEO of Automobiles Citroën, the Citroën & DS Conservatory welcomed many people who have marked its history to celebrate this anniversary.

The morning was reserved for employees (past and present), volunteers, clubs of L’Amicale Citroën & DS, and partners of L’Aventure (including the Brands), in the presence of the press, notably L’Argus, Citroscopie, Passionnément Citroën, Planète 2 CV and François Allain of the program Vintage Mecanic on RMC Découverte. Among the personalities present, Mr. Claude Satinet and Henri-Jacques Citroën, grandson of André Citroën.

In his welcoming speech, Xavier Peugeot, president of the L’Aventure Peugeot Citroën DS association, paid tribute to those who have contributed to the creation of this extraordinary collection and reaffirmed his desire to offer it a new site in order to “enhance this fabulous history”. “Trust us, despite this difficult economic context, this does not call into question this project, we are working to make it happen … We want to choose a site that will have a historical meaning, but also an economic meaning, unavoidable. Our desire is to continue to enhance and enrich this collection.”

Xavier Crespin, Director of the Association, also praised the work of the teams, employees and volunteers in preparing this event, and took advantage of this symbolic moment to announce the restoration in 2022, by L’Aventure Citroën, of an emblematic object of Citroën’s history: the clock in the central assembly hall of the Quai de Javel factory. Once restored, this exceptional piece will be displayed in the future exhibition space.

In the afternoon, the Conservatoire opened its doors to the general public, who were able to discover the collections, admire the Citroën 19_19 and DS Divine concept cars and watch several demonstrations of the B2 Scarabée d’Or in front of the Conservatoire, where vehicles from the collectors’ clubs of L’Amicale Citroën & DS France were also on display. It was also the occasion to discover the 4 volumes of the Grand Livre Citroën recently published which retrace 100 years of automotive adventure.

Despite a complicated health context, the atmosphere was festive and warm to mark this event.

With nearly 300 items, the Conservatoire maintains the largest international collection of Citroën vehicles. Under the building’s metal beams, this extraordinary fleet is wisely classified by decade (from 1919 to the 2000s) and then by thematic islands: sport, adventure, utility, unusual vehicles, concept cars and prototypes.
Since 2019, a new space is entirely dedicated to the vehicles of the DS Automobiles range.

If you wish to contribute to the preservation of this history and these collections, join our Association! In addition, as a member of L’Aventure Peugeot Citroën DS, you benefit from numerous advantages: free access to the Citroën & DS Conservatory, discounts on certificates, on spare parts (ACTIVE member) and on our online store.

from left to right, next to the ACI banner: 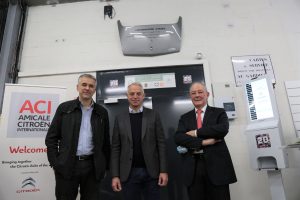