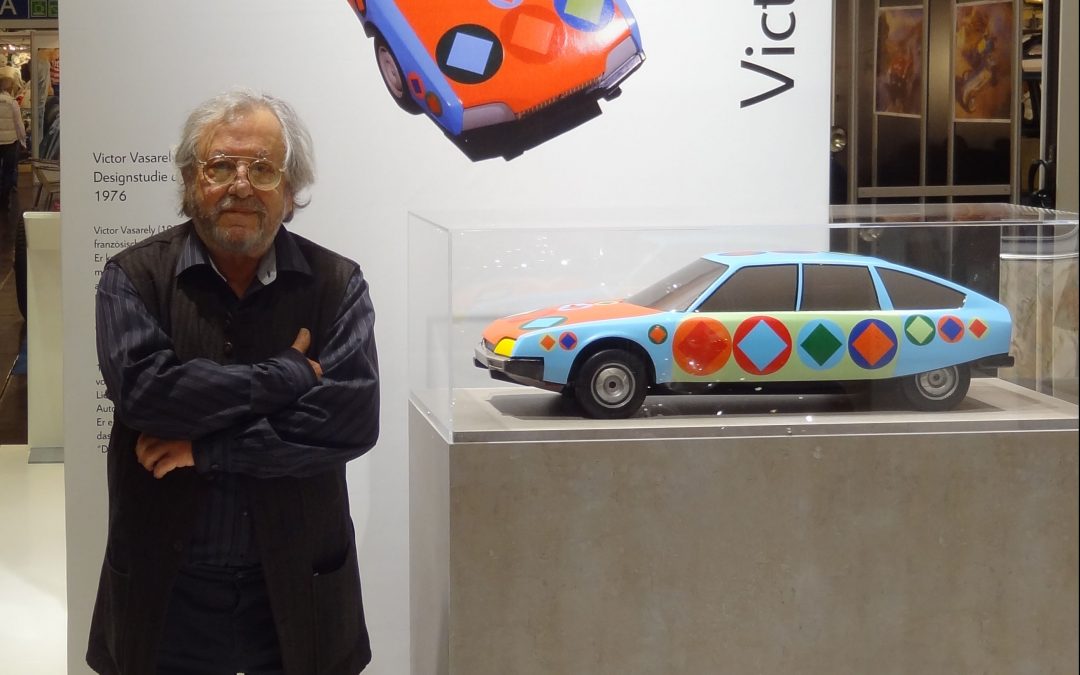 Sadly, one of the world’s great creative minds has left our planet far too soon – we mourn the passing of Robert Opron on March 29, 2021.

To many, Robert Opron is known for his automotive creations that marked the great era of Citroën in the 1960s and 1970s: the restylings of the 2CV and the DS after 1964, the Dyane, the Ami 8, the Wankel-M35, the CX, GS, and last but not least the outstanding SM coupé have set standards in all segments, through which Automobiles Citroën not only achieved great sales success at the “volume segment”: these vehicles also became milestones in the era now named the “Space Age”. All models are renowned design classics, and are indispensable in standard works on the history of the brand – and CX, GS and SM have seen significant increases in value in recent years like few other models of their time, and from their market segment.

Opron was even involved in the Citroën 350 Bus and the C35, which appeared in 1974, before moving to Renault in 1974 after 12 years with Citroën: he left his mark on the Renault 9, 11, 25, Supercinq, Fuego and Rodeo 5, the Vesta prototype, Renault Espace and Express, and even the Alpine V6. The curved rear window (in French “hayon bulle”) will certainly go down in history as his special design feature, stylistically linking the SM, Fuego, R11, R25 and Alpine V6. From his work as an independent consultant from the 1990s, Ligier Optima, Ambra and Dué, among others, carry his genes. 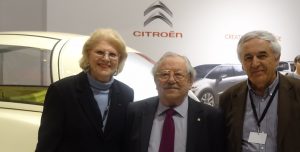 2000 marked the end of his professional career, which he had begun as a designer in 1959 with the Simca Fulgur and ended in 1992 after 6 years at Fiat. He transported the creativity of his predecessor at Citroën, the legendary Flaminio Bertoni, into the new era and continued with his own signature. In his biography “Robert Opron – L’Automobile et L’Art”, which is well worth reading, Peter Pijlman lists 72 (!) published models of his style alone…! And not to mention the thousands of designs that never made it to the big stage.

Born in 1932, Robert Opron has always remained a creative genius, even after he retired – or should we say “unretired”. Some of us have also been able to see him in recent years and meet him on one occasion or another. It is true that he was limited in his physical mobility – but his mind was always awake and always looking for the ultimate form of an automobile, marked between style, comfort, modernity and also usability: for him it was always a means of transportation for humans, who was at the center of the creative force, and not for the sake of pure design, and certainly not for any flashiness or even for the purpose of “posing”.

At many occasions, be it in France at the Retromobile classic vehicle show in Paris each February, in Germany at the occasion of the Technoclassica, or also in the Netherlands and other countries, we have been able to welcome him several times as an honorary guest of the exhibitor area of the Citroën clubs, and in 2012 he was also appointed as a honorary member in Germany. He was always accompanied by his wife Geneviève, who not only stood by his side, but also provided him with the space in which he could pursue his ideas further – freely following the motto: “Behind every great man is a strong woman”.

His path through the exposed vehicles was always different from that of many other visitors – he studied. He “read” the vehicles on display, the maquettes, the design studies: the silhouettes, the stylistic elements and lines, mostly the designs and blueprints that defined his era, right up to the modern-day models on display. He could be seen sensing the shapes, feeling and touching the surfaces. The view alone was not enough. 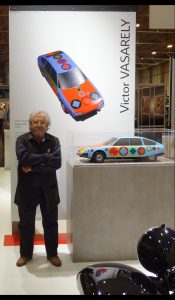 Perhaps an anecdote could be related, said Stephan Joest: “I remember accompanying him at one of the classic car shows. We were standing in front of an SM Opéra, i.e. the 4-door variant of the original 2-door car, which had been created by another independent coachbuilder. When I asked Robert to pose briefly for a photo in front of this car, he became quite indignant, forbidding even one shot to be taken.” His explanation was short but to the point – this car was not only stylistically not beautiful, but even a “design outrage” as he said, and he certainly did not want to be associated with it. His interpretation of the SM’s mission was realized in the best possible way in the production model!

Robert Opron’s last public appearance dates from the Citroën brand’s 100th anniversary – the “Centenaire” in La Ferté-Vidame, 2019. In a joint interview with Patrick André and Stéphane Bonutto, friends to Robert and Geneviève, he provided his recollections about Flaminio Bertoni and explained his work as chief designer at Citroën as in no way a copy or continuation of Bertoni’s work, but rather the expression of his personal view of automotive design.

Stephan Joest said: “I last met Robert and Geneviève Opron just days before the pandemic arrived. We were having dinner afterwards in a small Paris suburb, together with Rosemarie Gumz, a close friend of theirs. Even though his health was declining a bit, his eyes often flashed mischievously, almost boyishly when discussing one creation or another with him, and it gave him the opportunity to give his view of things briefly, succinctly, and yet “au point”….”

Robert Opron was always a man of quiet tones, not a man for the big stage or the big words. His garage was latterly the world in which he spent most of his free time, crafting, sketching and studying there at a small table, and it was the world of pencil, paper, designing, thinking, and last but not least: creativity.

Stéphane, who is a.o. also the representative of “Assoziazione Flaminio Bertoni” in Germany, had also been a guest of the Opron couple in the winter of 2019/20, and had a similar experience: “After Robert came to the table from his early evening sleep, he admittedly said at first that his work at Citroën belonged to the distant past, and didn’t interest him that much anymore. At the mention of Flaminio Bertoni, however, he really blossomed, and peu-à-peu numerous memories from that time came to his mind. I was particularly struck by the simple beauty of his sentences – choice words and trains of thought that characterize the profound understander of aesthetics, form, and art. When I asked him what an ideal automobile shape looked like to him, he replied: “a shape that transmits power to the wheels in a balanced way”.

Unfortunately, the pandemic has caught up with him, too. Like so many these days, he has now arrived in another world. We wish that he is at least as creative there as he is on this one. Because that’s how we want to meet him there one day…!

Our deepest condolences are with his wife and his children, grandchildren and greatgrandchildren, and all other members of his family.

Stephane Bonutto and Stephan Joest, and the Board of the ACI and all ACI Delegates worldwide.

NB – We’d like to thank Mme. Opron for her approval to publish these lines. Photos (C) Stephan Joest, ACI.

PS: We are sure that a number of you also have met Robert Opron, got inspired by his designs or are in any other ways having personal memories in relation to him. In the comments section below we have opened the space so you can leave your condolences. Thank you.